Our country India is a country where women are respected from ancient times. Women are worshipped as Goddesses and also considered as Lakshmi(the Goddess of the wealth) of the house. It is said that if the Lakshmi of the house is unhappy, there is no peace in the home. But In contrast to these, crime against women is increasing day by day.

On one side, we worship her as a goddess, and on the other hand, violence against women in India is growing at a fast pace. We need to root out the causes of the increasing crime rate in India because women not only make up half of our population, but they are also our mothers, sisters, daughters, friends, and many more relations. Crime in India comprises a significant portion of crime against women and children.

Contents hide
Crime against women in India- Types(the major ones)
Gender discrimination.
Rape.
Dowry.
Child marriages.
Domestic violence.
Women trafficking and forced prostitution.
Sex-selective abortions.
Acid attack.
There are many laws and acts in India for crime against women. Some of them are-

Crime against women in India- Types(the major ones)

It is seen in many families in India that a girl child is thought to be inferior to a boy child. And this is the starting point for the crime against women in our country. His family members give a boy proper educational facilities, love, affection, and freedom; in contrast, a girl is often restricted to do per her will. A girl child is kept in boundaries on the name of pride of the family.

A lot of times, we have seen a girl has to left School in the middle of her studies. Don’t we feel shame about this gender-based discrimination? It is disgusting to feel neglected based on gender, and we need to stop this hidden violence against women in India.

Rape is the most brutal form of sexual violence against women in the world. When we talk about the crime against women, rape appears as the biggest criminal in India. India is considered one of the most unsafe countries for sexual abuse against its women population. In this modern era, we talk about growth, development, and a smart city project, but when it comes to women’s safety, we are slipping backward.

You will be shocked to know that one woman is raped every 20 minutes in India. Sometimes I think, are the rapist homeless and without relations? Can’t they feel the pain of the women they rape? Don’t they have their mothers, sisters, daughters? How can someone be so brutal in his actions?

Sorry to say, but we are living in a shameless society. If not then-
How can a little girl be raped?
How a baby nearly six months can be raped?

There is a need for more strict laws to punish these monsters. Until this happens, we will die per day out of fears for our daughters, sisters, mothers, etc.

NCRB data for 2018 pegged Uttar Pradesh as the most unsafe for women, while Madhya Pradesh recorded the most number of rape cases – Source.

A poor father is always afraid before the birth of his child. An unknown fear often surrounds him, for the future of his daughter if she is born.

Dowry is the Silent Killer of our society, which has led many lives on fire. We often hear of the cases when there is a late marriage of a girl because her father is not able to arrange money following the boy’s family’s demands.

This does not stop here. If the girl has married anyhow, then again, she is tortured for less money/dowry, which she has brought. She is harassed and pressurized in an attempt to extort more dowry from her family. This continuous torture sometimes provokes her to commit suicide. And sometimes, the woman is set on fire by her in-laws, and they give it a name of suicide.

The matter here is not who killed her? The concern here is what caused her death?

Can we try at our level to stop this type of crime against women in India? If all of us will unite and say no to dowry, then many sisters’ and daughters’ lives can be saved. Think about it.

A humble request to all unmarried males reading this- you can be the one who can save Indian women by saying no to dowry at the time of your marriage.

It is illegal in India to marry a girl less than 18 years of age. She is immature and medically not ready to bear babies below this age. Also, she is not mature enough to adjust and take care of her new family (her in-laws family).

But in Indian villages, many instances exist when a girl is married at the age of just 14 or even less than that. Sometimes the boy is more than 10 to 15 years older than her. Is there any compatibility in this type of relation?

15 years is nothing less than a generation gap. And what about the future of the girl- she left her studies in the middle to take care of her family. What do people get to end her life in this way? Yes, this is the end of her desires, her expectations, and everything.

We need to accept that being a girl does not mean that she should sacrifice her dreams at the tender age to get married to a 15 years older man. This is heinous violence against women in India, which even takes away a girl’s future and dreams.

Domestic violence means an abuse done by one partner or his/ her family members against another in an intimate relationship, such as marriages, live-in relationships, dating, or in a family. It is not only the physical torture that affects, emotional, financial, and mental pain also disturbs in the same way.

Domestic violence is the category of crime against women that is dumped by the Silence of the woman itself. Women of our country are that much tolerant and adapted to this violence against women that they even never bother to feel that they are being harassed or tortured. Our families teach us from the beginning of our youth that we are women, we have to tolerate.

We get teachings that a male can shout or even slap her wife because he can get angry with his wife’s mistakes. After all, he is a male, and anger is in his genes. But a wife has to tolerate all kinds of mental and physical tortures because she’s a lady. She should know how to calm down her husband’s anger because he is a man.

I am a science student, but I don’t remember that I have been ever taught about a male’s genetic character in this context. Surprisingly this disgusts me; the people who have no connection with science are talking about genetic traits.

Women trafficking can be related to a form of modern slavery. It involves a trade of women sometimes outside countries border and sometimes within boundaries to forcefully lead them to live slaves’ life. Forced prostitution means forcibly involving a woman or a girl as a sex worker.

There are Mafias of sex racket in our country who trade females for flesh trade; this forceful act is a slap on humanity’s face. Just think about a girl who has not reached puberty and gets involved in this body market. This is one of the most shameful and brutal forms of crime against women in India.

Sex-selective abortions or female foeticide is one of the heinous acts of violence against women in our country. A child in the mother’s womb gets killed because of the reason that she is a girl. How cruel is the mentality of the people who are performing sex-selective killing of their child? I have already written a detailed article on female foeticide. You can go through it to know more about this cruel category of crime in India.

It is an act of throwing acid or a similarly corrosive substance on the face and body of the victim. A film titled chhapaak is based on the true story of an acid attack survivor Malti, you can watch it to know how it feels to live a life with a different face. In this film, Malti is a strong character that is a symbol of inspiration for many victims of acid attack. But not everyone can be like her.

Acid is not just an attack on a woman’s face; it is an attack on her dignity. Think about a situation when a girl refuses a man for the wrong intentions he wants from the girl, and she, in return, gets an attack on her womanhood. Yes, an acid attack is nothing less than killing a woman.

A strong woman can handle herself, but what about a normal or weak one? And why to attack her dignity because of the reason that your intentions are not fulfilled? Humanity shame, shame on our world. We should stop all kinds of violence and crimes against women.

These were some of the most heinous and widely occurring crimes against women in India. Many more are there like witchcraft, abduction, honor killing, female infanticide, marital rape, and lots more.

There are many laws and acts in India for crime against women. Some of them are-

Final words.
To call ourselves modern and live in a world filled with peace, we must give women the proper respect and the same value as their male counterparts. Let us make this world a place where our sisters, daughters, friends, and every woman are safe and happy to live a fearless life.

Thanks for reading, spread awareness by sharing this article with your friends and family. See you all in my next post. Till then take care, stay blessed. 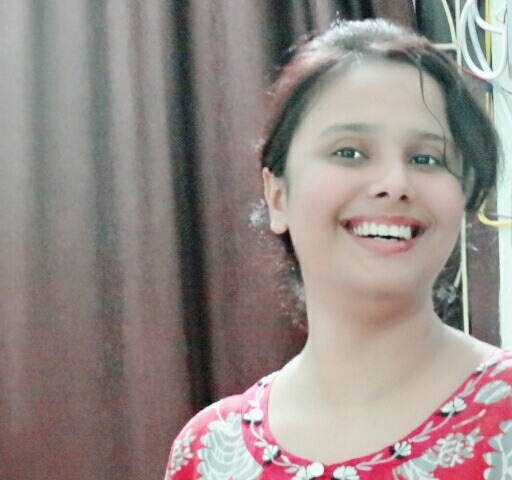 6 thoughts on “Crime Against Women in India.”